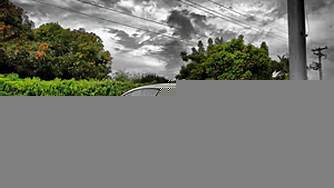 Brazil to Boost Car Sales Tax Next Year (2014) -Two-Step Move Will Take Levy Back to Level Before 2012 Temporary Reduction, as reported in the news of the WS Journal.

SÃO PAULO—Brazil is raising its tax on car purchases next year to the level before a temporary reduction made in 2012 to boost flagging sales, the government said.

In January, the so-called IPI tax on passenger car sales will rise by two to three percentage points, depending on the size of the vehicle. Then in July, the tax will climb again—by two to four percentage points, the finance ministry said in the Dec. 24 edition of the official government gazette.

The return of the full tax on car sales will add 7% to the price of an automobile in Brazil.

There is also a 30% tax on imported cars, a levy put in place last year to head off a flood of imported vehicles that threatened Brazil’s auto industry. The import tax has managed to slow imports and boost domestic car output this year. It has helped reduced sales of imported vehicles to 18% of all new vehicles sold so far this year in Brazil from 24% in 2011.

But the IPI tax cut hasn’t had as strong of an effect on vehicle sales, with sales of new cars, trucks and buses down 0.8% through November.

Brazil cut the IPI tax on cars in May of last year to boost flagging sales. The tax cut, which was originally set to expire after four months, has been repeatedly extended, as the government has sought stronger vehicle sales while the rest of the economy has faltered.

Slightly lower vehicle sales this year have led many people to believe the government would extend the IPI tax cut into next year, especially because new rules imposed on the auto industry likely will drive up car prices anyway.

Starting next month, Brazil’s government is requiring that all cars sold in the country have air bags and anti-lock brakes, which Brazil’s Finance Ministry expects to lead to a 4%-8% increase in car prices.

The government briefly contemplated pushing back the new safety requirements, but earlier this month confirmed the features will indeed be required starting in January.