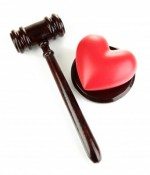 The Court of Appeals for the Fifth Circuit, affirming the Tax Court, has concluded that none of the taxpayers’ contracts were home construction contracts under Code Sec. 460(e), so they couldn’t account for them using the completed contract accounting method.

Background. A long-term contract is any contract for the manufacture, building, installation, or construction of property, if not completed in the tax year in which entered into. With some exceptions, taxpayers must account for long-term contracts under the percentage-of-completion method. (Code Sec. 460) A contract is considered completed under the long-term contract rules on the earlier of: (a) when the contract’s subject matter is used by the customer for its intended purpose and at least 95% of the total allocable contract costs have been incurred by the taxpayer; (Reg. § 1.460-1(c)(3)(i)(A)) or (b) when there is final completion and acceptance. (Code Sec. 460(e)(1), Reg. § 1.460-1(c)(3)(i)(B))

In all instances, the taxpayers did not construct residential dwelling units on the land they sold. During the years at issue, the taxpayers reported income from purchase and sale agreements under the completed contract accounting method.

Tax Court decision. The Tax Court determined that the taxpayers’ custom lot and bulk sale contracts were long-term contracts. The Court also held that the bulk sale contracts (like the pad sale building development agreements which IRS had not challenged) were construction contracts that could be accounted for under Code Sec. 460 as long-term contracts. However, the Court found that none of taxpayers’ contracts were home construction contracts under Code Sec. 460(e). A taxpayer’s contract can qualify as a home construction contract only if the taxpayer builds, constructs, reconstructs, rehabilitates, or installs integral components to dwelling units or real property improvements directly related to and located on the site of such dwelling units. It is not enough for the taxpayer to merely pave the road leading to the home, though that may be necessary to the ultimate sale and use of a home. Accordingly, the taxpayers couldn’t report gain and loss from these contracts using the completed contract method of accounting. (Howard Hughes Company, LLC, et al., (2014) 142 TC 355)

Like the Tax Court, the Fifth Circuit rejected the taxpayers’ contention that the phrase “with respect to” in the statute only requires some causal relationship between the dwelling units and construction costs incurred. This interpretation couldn’t be harmonized with the narrow exceptions to the percentage of completion method for long-term contracts provided by Congress in Code Sec. 460(e)(1) and the principle that tax deferments are to be strictly construed. Further, such an approach would make Code Sec. 460(e)(6)(A)(ii) superfluous.

The Fifth Circuit also rejected the taxpayers attempt to rely on Prop Reg § 1.460-3(b)(2) (a 2008 proposed reg that has not been adopted as final) which would have provided that taxpayers can meet the 80% test with a contract for the construction of common improvements even if the contract is not for the construction of any dwelling unit. The Court, concluding that proposed regs are entitled to no deference until finalized, gave no weight to the proposed regs.