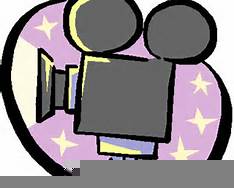 The 10 best movies of 2013: Films you’ll talk about, as reported in the news of the OC Register.

1. “Stories We Tell” – The best documentary of the year is also the best picture of the year. Sarah Polley, an astounding performer in pictures like Kathryn Bigelow’s “The Weight of Water,” fulfills her directorial promise (“Away from Her,” “Take this Waltz”) when investigating the family rumor that her biological father was a lover her actress/casting agent mother had taken while she was acting in a play. Polley becomes a sleuth of her own past. Her father, brothers and sisters reveal themselves as a clan of charmers and storytellers. The movie morphs into an elating, moving study of the human urge to construct narratives that illuminate, exaggerate or justify a life. Polley’s kaleidoscopic view of marriage and parenthood builds on the partial understandings of everyone. The result is as replete with surprises as any thriller, and as deft in shaping character as any family drama. Polley blurs the lines between factual and fictional moviemaking in expressive ways. Other directors have made “essay films” – Orson Welles pioneered the form – but none is better than “Stories We Tell.”

2. “12 Years A Slave” – This brilliantly crafted adaptation of Solomon Northup’s memoir delivers a sure-footed and unflinching rendering of what slavery in American did to two races. But with artistry and genius, director Steve McQueen and screenwriter John Ridley focus so acutely and intimately on a particular man – Northup (Chiwetel Ejiofor), a free black kidnapped and sold into slavery – that the drama becomes universal. It conveys what it’s like to feel that life is closing in on you like a murderous trap. Ejiofor’s Northup is a hero because he maintains his vision of what it means to be a free man even as he does whatever he must to survive.

3. “Captain Phillips” – Somali pirates in a tiny fast boat try to commandeer an enormous cargo ship. They settle for holding its wily New England skipper (Tom Hanks) hostage. The movie is a tense, elating demonstration of how to capture character, content and emotion in action. Hanks is terrific, but so are the first-time actors playing the Somali pirates, especially Barkhad Abdi as the latter-day buccaneers’ leader. Director Paul Greengrass manages to be sensitive to the pressures that push Somalis into piracy without succumbing to moral relativism. Phillips tells his main adversary, “There’s got to be something other than fishing and kidnapping people.” He gets the reply, “Maybe in America, Irish, maybe in America.”

4. “Much Ado About Nothing” – No other movie of the year can match Joss Whedon’s contemporary mounting of Shakespeare’s anti-romantic romantic dramedy for undiluted charm. It’s also playful and inspired in its imagery, droll and unaffected in its performances, and equally powerful in its farcical and life-or-death moments. It’s all dressed up for 2013, but it’s a Shakespeare movie for the ages.

5. “20 Feet from Stardom” – This documentary about the backup singers who’ve helped shape hits across the pop-rock spectrum for the last half-century lifts audiences into the musical stratosphere. It also boasts honest-to-God inspirational qualities that come from watching artists carve out lives that enable them to practice a craft they love, even if it doesn’t bring them fortune or (until now) fame.

6. “Inside Llewyn Davis” – I love the way the dynamite star, Oscar Isaac, says in interviews that he thinks the bedeviled title character can be a compassionate, effervescent guy – just not this week. This portrait of a circa-1961 Greenwich Village folksinger trying to stay true to his own gnarly voice is the richest and most haunting movie of the Coen Brothers’ career. It re-creates a time in America when being an artist would never be confused with being a celebrity – and when characters like Llewyn weren’t judged by whether audiences found them “likable” or “relatable.”

7. “Blue is the Warmest Color” – A working-class girl (Adele Exarchopoulos) realizes she’s a lesbian when the sight of a blue-haired art student (Lea Seydoux) sets her a-tingle. What ensues is one of the most profound and poignant movies ever made about the ecstasies and ravages of first love. The extended sex scenes make their physical connection palpable; when the two split up, the younger woman feels as if she’s been expelled from Eden, even though she knows their relationship was no paradise.

8. “Gravity” – It does more than follow the travails of an astronaut caught alone in open space during a debris storm. It proves that movies are an ever-expanding art form. Director Alfonso Cuarón’s ability to create an illusion of infinite space and then to navigate it with camerawork that defies, well, gravity, brings audiences into a state of utter existential uncertainty that mirrors our own less photogenic struggles here on earth.

9. “American Hustle” – No director has a better sense of how Americans mix vice and virtue than David O. Russell, whose fictional rendering of the ABSCAM FBI sting operation elicits dumbfounded laughter at its cast of professional and amateur grifters (Christian Bale, Amy Adams, and Bradley Cooper) and sympathy for the well-meaning mayor of Camden, N.J. (Jeremy Renner), who wants to believe that an Arab sheikh would help energize the Garden State economy.

10. “Before Midnight” – Has there been a keener, funnier, more lyrical rendering of any long-term relationship? This collaboration between director Richard Linklater and his two writer-stars, Ethan Hawke and Julie Delpy, has been compared to Ingmar Bergman’s “Scenes from a Marriage.” I prefer “Before Midnight.” Linklater’s characters are more spirited and resourceful than Bergman’s. They draw on their imaginations to keep their marriage alive.